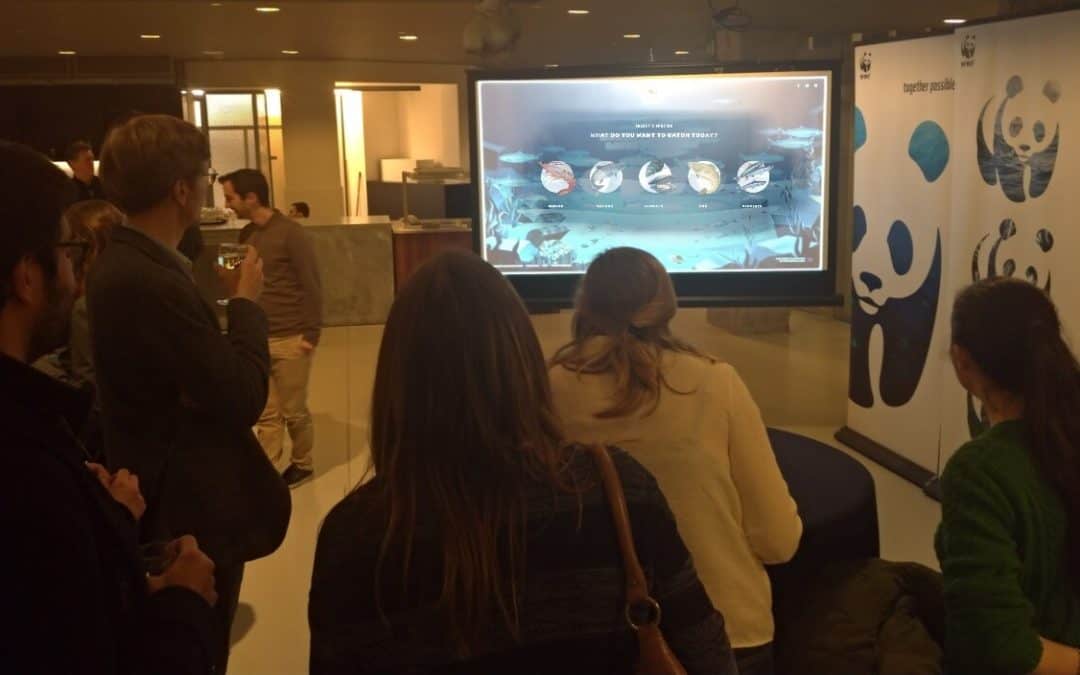 3-9 February 2020 marked Ocean Week across Europe: seven days of events targeted to European decision makers and citizens to raise awareness and turn up the volume on discussions around the state of our ocean.

Over 150 guests attended the screening, with the theatre so full that people were even sitting on the stairs. A speaker from the Belgian branch of Youth Strike for Climate gave the opening speech, followed by a short intro to the evening and to Ocean Week 2020 from the five organising NGOs: BirdLife Europe and Central Asia, ClientEarth, Seas At Risk, Oceana, The Pew Charitable Trusts and the WWF EPO.

The 50 minute screening was followed by a reception where guests had the chance to calculate the carbon footprint of their favourite seafood with Fish Forward’s FinPrint game. Friends played in groups to try and score the lowest carbon footprint, while others were astounded by the footprint of bottom trawled shrimp that are flown to market.

In case you missed the #OceanWeek2020 kickoff in Brussels, you can watch the two WWF films that were part of the event online:
The Environmental Justice Foundation & WWF’s film on IUU fishing “Out of the Shadows” is available here.
The special short film made by WWF and Silverback Films with David Attenborough calling for an end to harmful fishing subsidies is here.