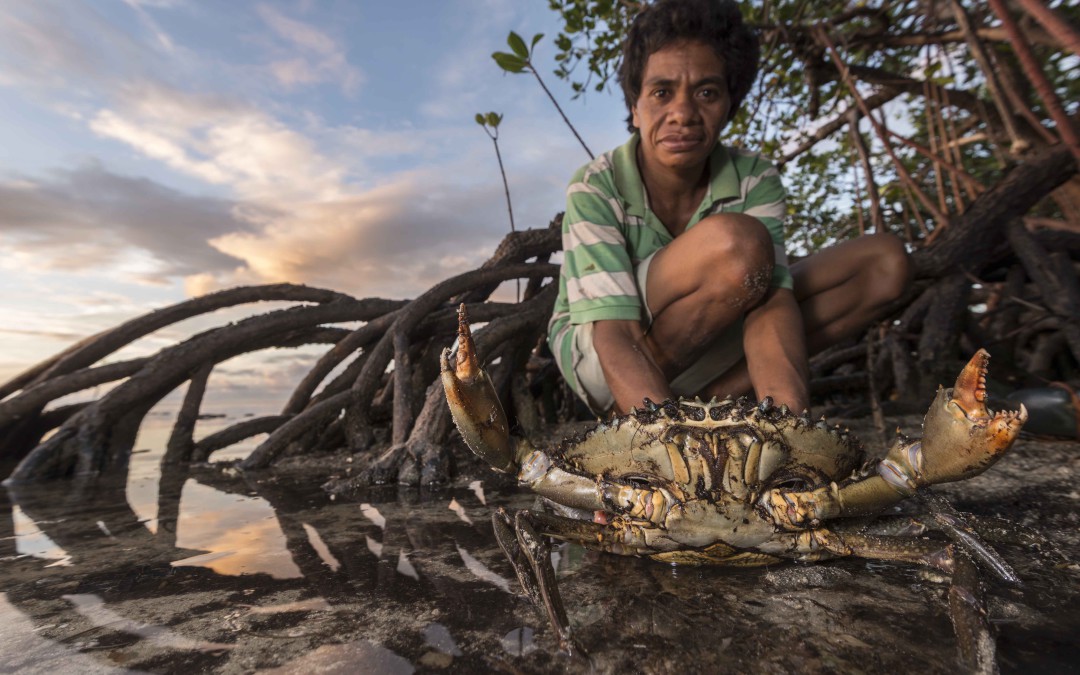 On Mali Island in Fiji, Alumita Camari expertly handles a freshly caught live (and aggressive) mud-crab from the mangroves. Mita, as she’s commonly known, is considered the best mud-crab harvester in her village. A single mother, she relies on fishing to provide for herself and her daughter.

Life in Fiji has always been shaped by the ocean. The Pacific island nation is home to the Great Sea Reef, known locally as Cakaulevu. Over 200km in length, it’s the world’s third longest barrier reef system after Australia’s Great Barrier Reef and the Mesoamerican Reef off the Caribbean coast of Central America.

The reef and associated ecosystems like mangroves are fundamental to the country’s economy and people’s way of life. They provide food, attract hundreds of thousands of tourists each year, and protect coastal areas from storms.

But coral reefs and other marine ecosystems are declining all over the world. Populations of marine species are falling, while habitats are being destroyed and degraded. The incredible marine biodiversity of our blue planet, and the diverse coastal cultures that have evolved upon it, face an uncertain future.