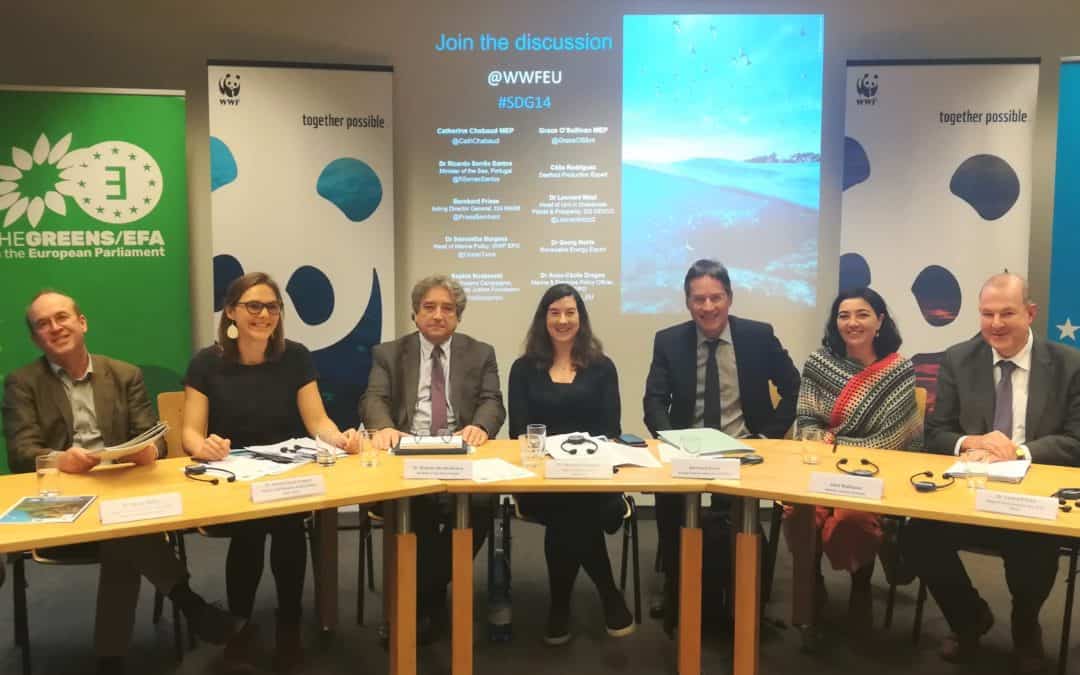 WWF’s assessment reveals that, five years on from the adoption of the UN 2030 Agenda, the global signatories of the UN Sustainable Development Goals (SDGs) are failing to achieve SDG14, the Goal for conservation and sustainable use of our ocean. Three of the four SDG14 targets due in 2020 will not have been achieved by the end of this year, with the fourth target only partly achieved.

Collectively, the ten SDG14 targets aim to secure ocean resilience through robust protection of its diverse ecosystems and to safeguard its role as a vital carbon sink — outcomes which directly support livelihoods and economies tied to our seas. SDG14 is shown to be significantly connected with all other SDGs, with 38% of all 169 SDG targets only achievable when the SDG14 targets have been successfully accomplished, particularly SDG1 (No Poverty), SDG2 (Zero Hunger) and SDG13 (Climate Action). Despite the marine environment’s importance to advance the 2030 Agenda, political will and finance remain insufficient.

The report was launched at a high level event on 3 March in Brussels, co-hosted by MEP Catherine Chabaud (Renew Europe) and MEP Grace O’Sullivan (Greens/EFA). In her opening address to over 60 attendees in the room, MEP Chabaud stated “The future of Europe lies in the ocean. We have to make the Green Deal blue.”

The keynote address was delivered by Ricardo Serrão Santos, Portugal’s Minister of the Sea. He expressed his disbelief over how SDG14 is ranked as the last important of all the SDGs, when the evidence shows how achieving the full 2030 Agenda depends on the success of SDG14 targets being achieved. Pointing to the upcoming UN Ocean Conference in Portugal, Our Ocean Conference, CBD COP and COP26, the Minister said, “We need to strength good governance to correct the excesses of the recent past and build a sustainable future. It was recognised that we need to strength science to inform good politics and involvement of the society. But we also need a policy of sharing and equity.”

Acting Director General of DG Mare, Bernhard Friess, lauded WWF’s report in his keynote speech, calling for all stakeholders to make immediate inroads into the challenges we face and asking them to embrace the European Green Deal as the strategy for response. He said, “I thank WWF for its lucid analysis, for telling us once again that whatever we have been doing is not good enough. If you ask me, the defining task of our times, the most pressing challenge for Europe today, is keeping our planet healthy.”

The full panel consisted of (from photo above, L-R):

As the world’s largest seafood market and with a marine area covering over six million square kilometres across four distinct sea regions, WWF is calling on the EU to lead by example and stand by its commitments to all life above and below water. A transformation of EU and international ocean governance is urgently required to address the challenges and shortcomings described in the report. In the EU, this starts with the development of a coherent, overarching strategy to ensure that all the Sustainable Development Goals are achieved.