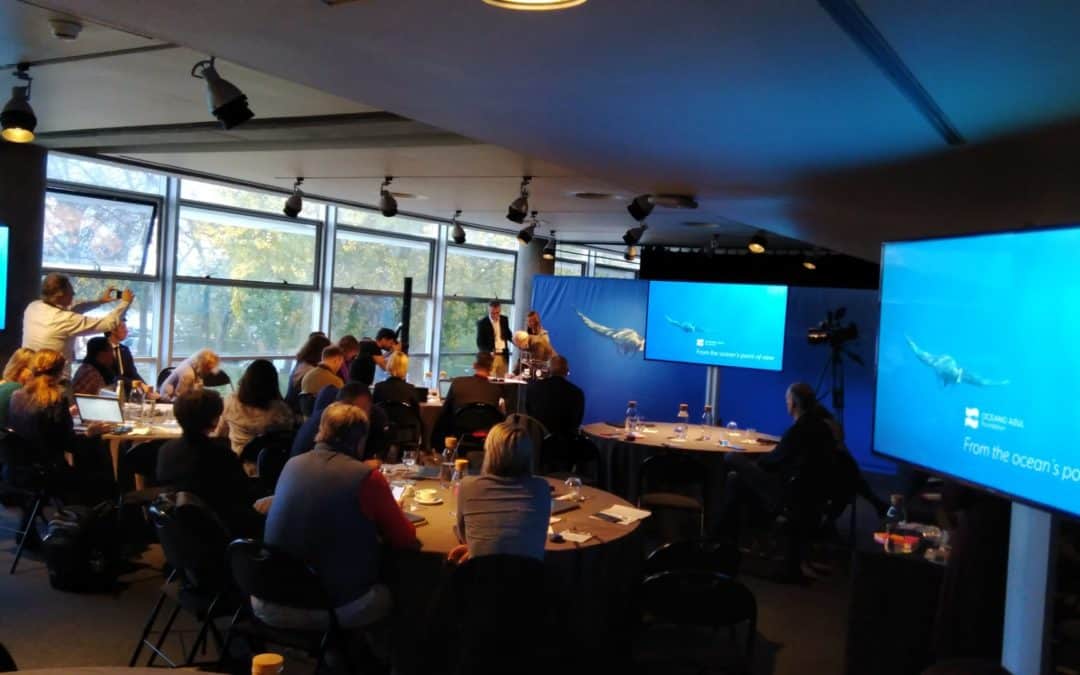 Some of the points discussed for Ocean Practice activity were defining strategy for emerging issues, such as the new Practice Initiative, which will be the WWF approach to Deep Sea Mining.

ANP/WWF president, Francisco Rego, was present at the first session in the morning, as well as the administrator of the Oceano Azul Foundation, João Falcato along with some members of his team.

There were meetings and parallel meetings with partners such as the Blue Ocean Foundation, which even hosted one.

On the first day, we signed a 3-year programmatic agreement, FOA and ANP/WWF Portugal, where the Foundation financially supports the Oceans programme allowing us to train the Oceans team and continue the work on sustainable fisheries (implementing policies and promoting co-management), marine conservation (MPAs) and knowledge (flag species, which will focus on sharks and rays).

On 26th November, a dinner was organised by ANP/WWF – and under the Fish Forward project, we presented the work on sustainable fish consumption and the main highlights of the project, in global terms, and more specifically in Portugal to some 45 people. The dinner itself was prepared and served by Tia Catia, Chef and ambassador to the FF project and at the end, we even had some Fado as a surprise finalé.

The participants had the chance to visit Lisbon’s Oceanarium, on 27th November.