World Food Day: WWF warns of negative impact on humans and nature due to overfishing 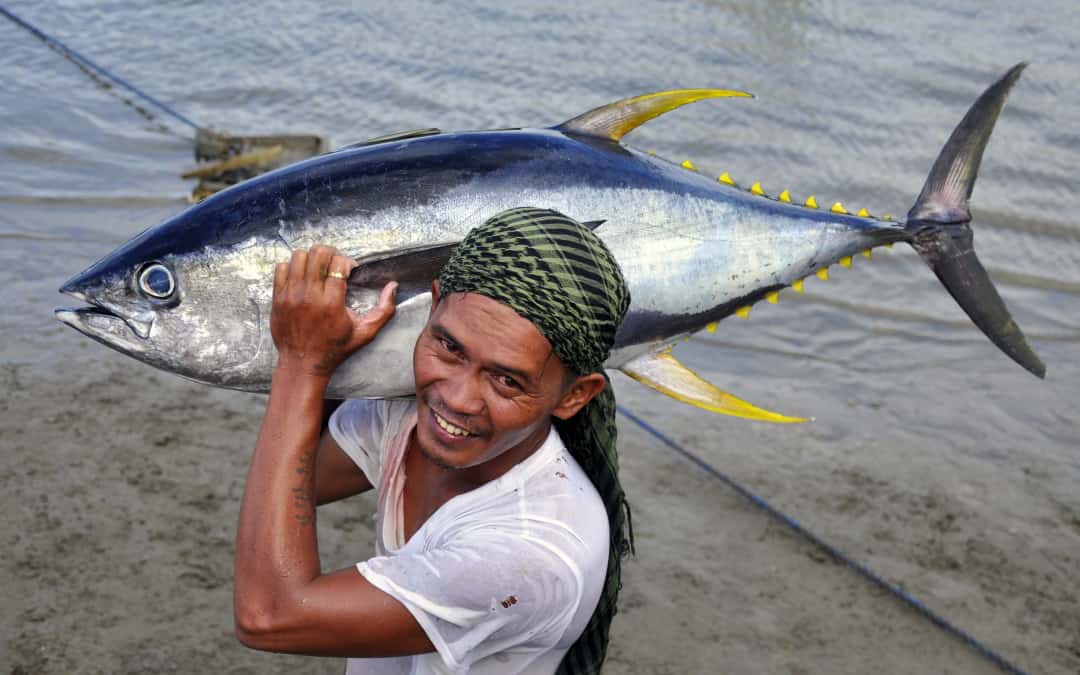 Brussels, 15.10.2015 – On occasion of tomorrow’s World Food Day, WWF warns against the impacts of overfished seas on humans and nature. WWF emphasises the difference, European consumers can make with their choice of fish and seafood. 61% of global fish stocks are fully exploited and 29% are overfished. Three billion people rely on fish as an essential source of protein. “Income and food security of more than 800 million people depend on fishery – most of them living in developing countries”, says Sabine Gisch-Boie, Austrian head of WWF’s Fish Forward project. She highlights the importance of responsible buying decisions.

“Europe is the biggest seafood importer worldwide and half of it comes from developing countries”, stresses Gisch-Boie. She emphasises the social responsibility of consumers: “A sustainable seafood choice has direct impacts on the livelihoods of people in Europe and the world.” Thus, on the one hand, WWF recommends buying local and organic fish. On the other hand, due to the high dependence on fish imports, MSC (Marine Stewardship Council) and ASC (Aquaculture Stewardship Council) labelled seafood products are a responsible choice, too.

Since 1960, global seafood consumption has doubled. In a similar period of time, global populations of fish species utilised for local subsistence or commercial use have halved as WWF’s recently published Living Blue Planet Report shows. Just the amount of fish catch lost due to overfishing could nourish up to 20 million people per year. “In times of growing world population and middle class as well as rising seafood demand, sustainable consumption of fish is inevitable. Only responsible buying decisions ensure that fish will remain a source of food, income and an important economic sector in the future”, says Gisch-Boie.

WWF launches “ugly” advertising campaign
Provocative advertising images, featuring “ugly fish”, draw the attention to actual ugly facts: overfished seas as well as the threat to the livelihoods of millions of people. The campaign will be published via TV, print media, Out-of-home and online.

Please direct requests for printable files to the contact below.