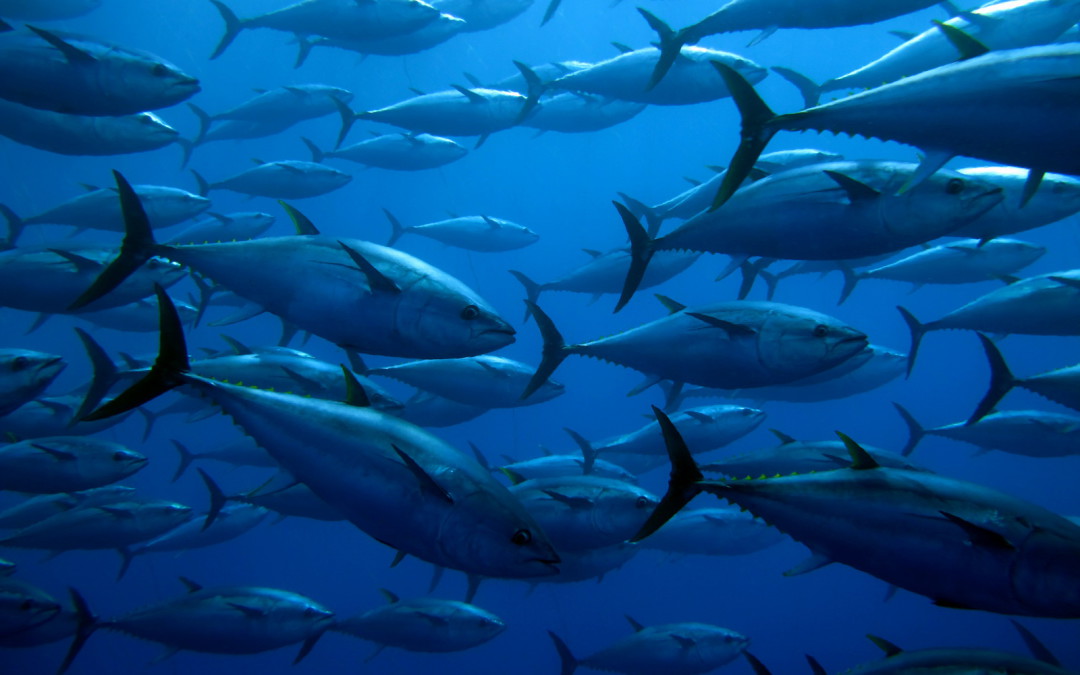 Tunas include dozens of species found across the world’s ocean. These highly valuable fish account for 20 percent of the value of all marine capture fisheries and over eight percent of all globally traded seafood.

Their value has been highlighted recently by the COVID-19 pandemic: Sales of canned fish – of which at least 50 percent is tuna – have surged as consumers stock up on non-perishable foods.

Far from supermarket shelves, in coastal communities, tuna fisheries are extremely important for food security and are a pillar of local economies. In the Indian Ocean, for example, coastal tuna fisheries make up 36 percent of all the tuna caught, and they are caught almost exclusively by artisanal or very basic industrial fisheries.

Beyond their value as food, healthy tuna populations play a role in complex marine ecosystems, making critical contributions to the overall health and resilience of the ocean.

But even before the global health crisis, the health of some tuna stocks has been in peril. In particular, bluefin, yellowfin and bigeye – which account for 15 percent of the total tuna catch catches – are overfished.

Skipjack tuna, the type most commonly used for the canned tuna market, are largely thought to be at a healthy level of abundance. However, a recent surge of skipjack tuna catches in the Indian Ocean resulted in a 30 percent overshoot of catch limit for 2018-2020. With the last stock assessment undertaken in 2017, it is highly probable that skipjack may have been pushed into the “overfished” category already.

More importantly, there has been significant increase in the yellowfin tuna catch, a stock that is already under considerable pressure and considered overfished by experts. The fate of yellowfin and skipjack are linked, since juvenile yellowfin are predominantly caught in the skipjack targeting purse seine fisheries. The increased catches in skipjack, with the corresponding bycatch of yellowfin will significantly delay the ability of the yellowfin stock to recover from years of overfishing in the Indian Ocean. Scientists estimate yellowfin stocks could crash as soon as 2027.

Threats to tuna species like yellowfin matter because of the important role tuna plays in the broader contribution of marine fisheries to food security and livelihoods around the world. The ocean is the world’s largest source of protein, with more than 3 billion people depending on the ocean as their primary source of protein. Marine fisheries directly or indirectly employ over 200 million people.

Top predator fish like some tuna species contribute to ocean health by their mere existence. Scientists have found that marine “megafauna” shape ocean ecosystems through their diet, their migration and even their excretion.

Given tuna’s significant and irreplaceable environmental, economic and social value, WWF reiterates our call for a change to the current approach to fisheries management and proposes a course toward more sustainable, inclusive and efficient resource management. This is essential to bring tuna for food and as a source of revenue by industrial and artisanal fisheries into balance with their fundamental role in maintaining a healthy ecosystem.